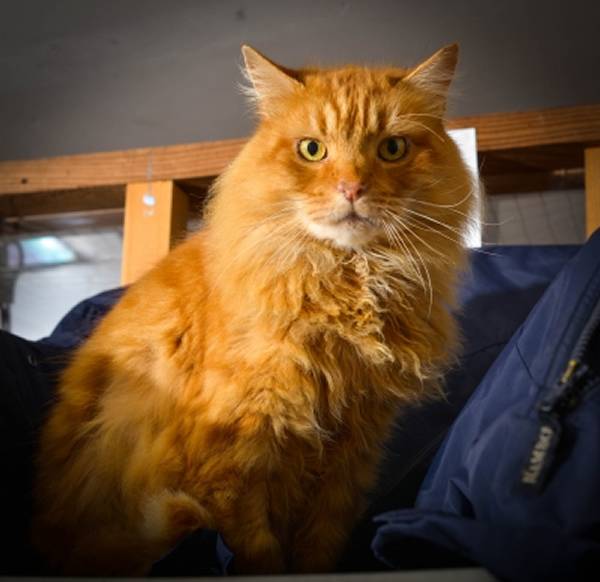 Vote for the pet you’d like to do our £500 Christmas draw!

One lucky cat or dog from Eden Animal Rescue will set off Pride in Penrith Lottery’s Christmas special draw, and you can help choose which rescued pet it will be.

Here are the contenders:

Bess is a friendly 12-year-old Border Collie, who came to Eden Animal Rescue in November after her owner passed away. She’s a farm dog and hasn’t been house trained yet, but she’s keen to learn and would love a nice quiet home.

Delilah is a very affectionate black and white cat, about 3-4 years old, who came to the rescue centre as a stray in October this year.

Jack is described as ‘adorable’ by his friends at Eden Animal Rescue – a typical lurcher who’s always wanting a cuddle. He’s been at the centre for a year and is 4 years old.

Little Katie is a black and tan cat, who has been at the centre since July after being found as a stray. She was very timid initially, but has now become quite tame and is purrfectly ready for a new home.

Robertson is the beautiful ginger grand-daddy of the Eden Animal Rescue cats. He’s 10 years old and came to the centre in September after his owner died. All he wants is a lap to sit on!

Sheeba is the gentle giant of the rescue centre. She’s a five-year-old German Shepherd whose owner sadly died in October. She has a lovely nature and we’re told she’s quick to learn but a stubborn lady!

All these lovely animals would make fantastic pets and all are available to be rehomed at Eden Animal Rescue. If you'd like to give one of them a home or find out more, please contact the centre on 01931 716114.

Lottery goes to the dogs for public pet vote »