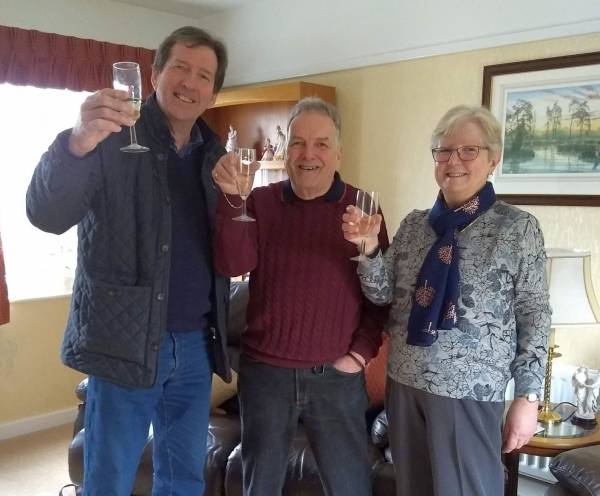 David Witney couldn’t believe his luck when the lottery’s Marketing Manager, Georgina Stephenson, called him to tell him the good news.  He said “I can’t believe it – this sort of thing doesn’t happen to me”!  He continued “to be honest, I thought it was a hoax, and called the number back to check, but Georgina confirmed that it was indeed true!”

The jackpot starts at £500 and increases by £100 for each week that it goes un-won.  Unbeknown to Mr Witney, the jackpot had been steadily increasing week-on-week as none of the members numbers had matched the four numbers drawn for several months.  When the draw was made, Mr Witney’s numbers of 2, 7, 12, and 31 were selected by the Lottery’s specialist software system, making him £5,000 richer.

Mr Witney has been a member of the lottery for nearly seven years and said he had joined “because it’s a great cause and I really like that the lottery supports so many projects in and around Penrith, particularly the town events which have really put Penrith on the map”.

Lottery Chair, Richard Utting, presenting the cheque said “Despite a strong social media campaign, David didn’t know that we were reaching our maximum jackpot, so it must have been a huge but welcome surprise to him.  It seems like a long time since we had a big winner, and I’m delighted to be able to present the cheque to David today”.

The lottery costs £2 a week, and the draw is made each Wednesday.  Members pick four numbers and if all four match those drawn, they win the jackpot; or if they match three, win a consolation prize of £20, with winners being automatically contacted by a lottery representative.

For more information, or to find out more about becoming a member, see www.prideinpenrith.co.uk.