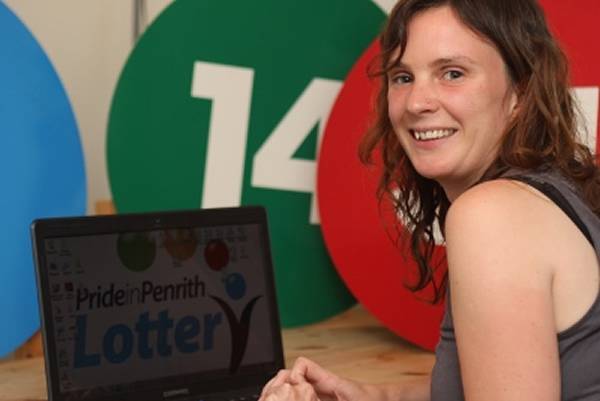 Odds on for Pride in Penrith Lottery celebrity draw

A mystery Cumbrian celebrity is lined up to make Pride in Penrith Lottery’s £5,000 jackpot draw in a few weeks’ time.

The community lottery’s jackpot has been steadily rising by £100 each week and one lucky member will scoop the full jackpot of £5,000 on Wednesday 15 October, if no one matches all four numbers before then.

A well-known figure in Cumbria has agreed to hit the ‘go’ button on the lottery’s computerised draw if the maximum jackpot is reached.

“This is a first for the lottery, having a personality making the draw for us,” said the lottery’s chairman Rob Udale. “The jackpot draw is always a great occasion, but it will have a real sparkle this time around.”

Rob’s remaining tight lipped about who the mystery figure is ahead of an official announcement next week.

“All I will say is that he’s instantly recognisable, and I’ve heard him described as ‘very cute’,” Rob said. “We’ll be giving away a few clues on our social media so anyone who wants to take a guess should join us on Facebook and Twitter.”

The lottery has helped dozens of organisations in Penrith and the surrounding area since it began four years ago, giving out almost £45,000 in grants. The lottery raises money by running its weekly draw, with members paying £2 a week to have a line. There is also a membership scheme for businesses, giving them a way to support their local community while being in with a chance to win.

“If the jackpot does reach £5,000, we keep drawing until one of our members’ numbers come up, so one lucky participant is guaranteed to win it all,” Rob explained. “We always welcome new members, because without them we simply couldn’t help local community groups and initiatives.”

« Lottery goes under cover at Langwathby

Help Pride in Penrith Lottery with a quick click! »